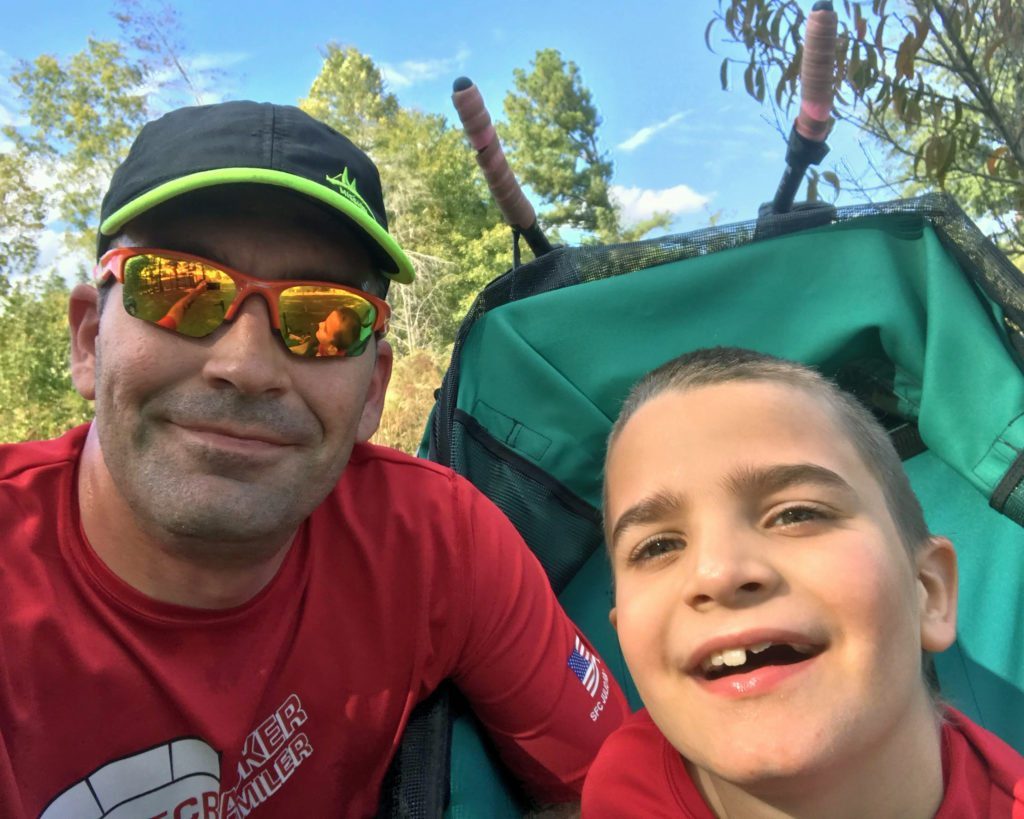 Good day friends!  As I am traveling a bit with work right now, I have begun to think a few deep thoughts on what it is that I, as a dad, am striving for and what my goals are for my CTD boys.  Big questions I know, but the answers that I have come up with have really been a surprise, even to myself, and I hope that sharing my insights might help some others along the way.

First and foremost, let me explain that I have always said that my overarching goal for my boys is to maximize both their potential and their happiness. These goals apply equally to my medically typical(ish) boys and my CTD boys, and these very big goals really haven’t changed.  Now what I have begun to think more about is what specifically are my expectations for the potential of my boys?  The answer to this one, especially as it applies to my CTD boys, and especially Elijah, is admittedly in line with much of the conventional wisdom that I have received, and I apologize if it offends anybody, but I really have gotten to the point that I don’t have any expectation for Elijah, Simon, or Ezra. 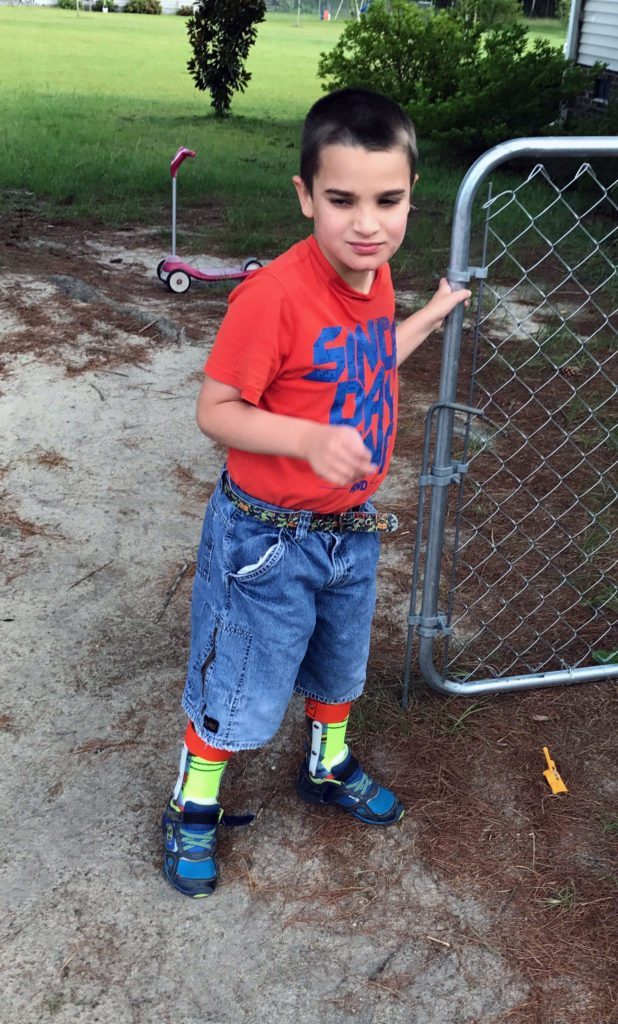 Now, this is not at all the same as not expecting anything from them, rather it is a truth that I have had to admit to myself after years of goal-setting that, while perhaps still valuable in other ways, created unrealistic and unachievable expectations.  Like most parents, especially parents who have children that aren’t developing in typical ways, one of my first questions was always, ok what CAN Elijah do? Or, what SHOULD I expect?  I am sure some of you reading this have kindly responded in the past to my questions about talking, signing, or communicating and I do truly appreciate those responses, but I think I have grown now to see that any such responses are examples of what can be, and while it does offer hope, taken into broad context no response could ever have given me the assurance that I was looking for.

I truly wanted to hear that Elijah would talk, I wanted to know that he would communicate and that it was only a matter of time.  I knew the spectrum of severity of CTD varied widely, but who would think that when a fairly rare genetic condition pops up that the numbers on fate’s dice would also show that the condition was in a somewhat more severe form?  For years I was sure that Elijah would hit an uptick in his development and he would cognitively catch-up to what I thought were our realistic expectations.  I figured that by the time he was ten, Elijah would be solidly getting some communication and life skills down that reflected his development had crossed the threshold of being measured in months.  Unfortunately, I figured wrong.  This is not to say that I am disappointed with Elijah or even that I feel like I made a mistake in setting my expectations too high.  Elijah continues to amaze me beyond words with his strength, kindness, and overall “Elijahness”.  I also think that the expectations that I had, played a vital role in teaching us to learn how to push forward each and every day.  This pushing means always striving to reach that next goal or challenge. My forfeiture of expectation now, simply means that I understand and accept that the hilltop on the horizon might well remain within our view with each and every sunrise.   The value in realizing that we may never crest that proverbial hill is that we can learn to actually appreciate the valley in which we find ourselves while appreciating the challenge and the majesty of the hill before us. 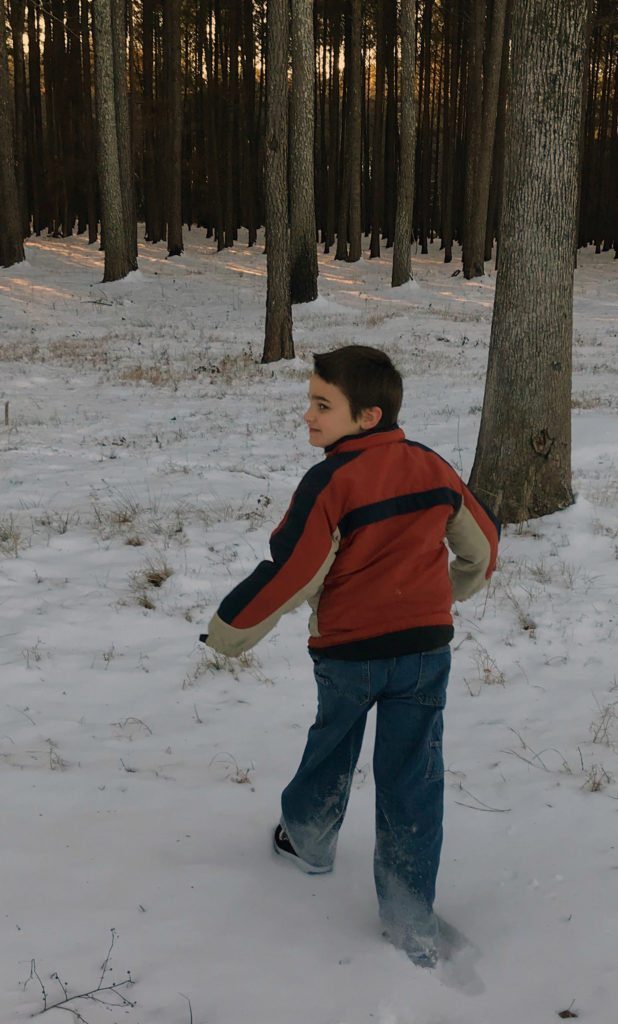 Earlier I mentioned Elijah’s “Elijahness”.  I feel like a bit more explanation is in order as this concept is critical in understanding how I see Elijah’s future.  There is a great quote running around on social media that is often credited to Albert Einstein, which says “Everyone is a genius. But if you judge a fish by its ability to climb a tree, it will live its whole life believing that it is stupid.” Now I won’t attest to the accuracy of an internet quote, what I will say is that the meaning behind these words is right on.  To me, “Elijahness” characterizes the nearly innumerable things that make Elijah himself.  These also make Elijah completely different from each and every other person on earth. Even his very similar brothers, Simon and Ezra, are showing themselves to be uniquely different from Elijah. Now when I say Elijah is different, I mean that he is both unique and special; I do not mean that he is in any way less. Elijah has a good number of friends that are also very unique and special. These boys and girls, children and adults, may or may not share some characteristic traits of a named condition, but this does not change the fact that each and every one of these individuals holds their very own version of “Elijahness”.

Now to stop some contention before it starts, I know every person, everywhere, is unique and special and….  This is not the uniqueness that I am talking about.  I love the differences that set my wife apart from every other woman on earth, but I see most differences in people akin to artistic differences between painted portraits, while I see my other CTD boys as a whole other kind of artistic expression.  They are still art, still crafted by a master, but they are simply unique and special. Again, I know that this may not be within the realm of the typical view which says all people are pretty much the same except for some special characteristics, but it is this very view that has taken me years to work through before I realized that it created unrealistic expectations for my boys as well as for myself. 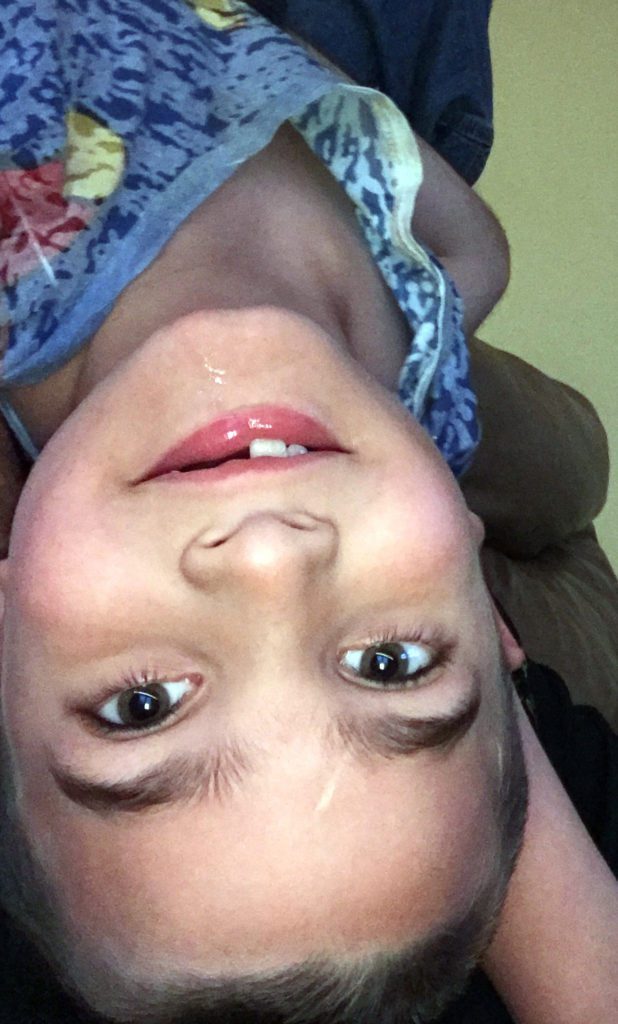 The process of realizing that half of my children are not, and will not, grow and develop to one day be like me, their dad, was a slow and painstaking journey of discovery.  I can honestly say that I don’t know if I could have handled the realization all at once, but I am certain that the realization has created a brighter future for my entire family.  Elijah will never type out a blog post trying to somewhat coherently convey his feelings to the rest of the world, nor will his mathematic exploits change the way we see time and space, but Elijah can do what most of us could never dream of doing…. he can, without a word, without even trying, inspire others to step out into worlds of discovery, on his behalf, by creating in others emotions that he is unable to feel himself. I have no expectations or grand goals for Elijah, Simon, or Ezra, because such things would falsely imply that they haven’t already reached their own levels of greatness, it is only for myself that I must set the bar high, so that I never forget that it is my job to simply empower their greatness.